We often argue about the security of the modern world, the world of devices, tools and machines, trying to make it better. Creating new, we think about the reliability, usefulness and security to our creation served as long and efficiently as possible. Meanwhile, in a secret laboratory scientists create to destroy and destroy to create. 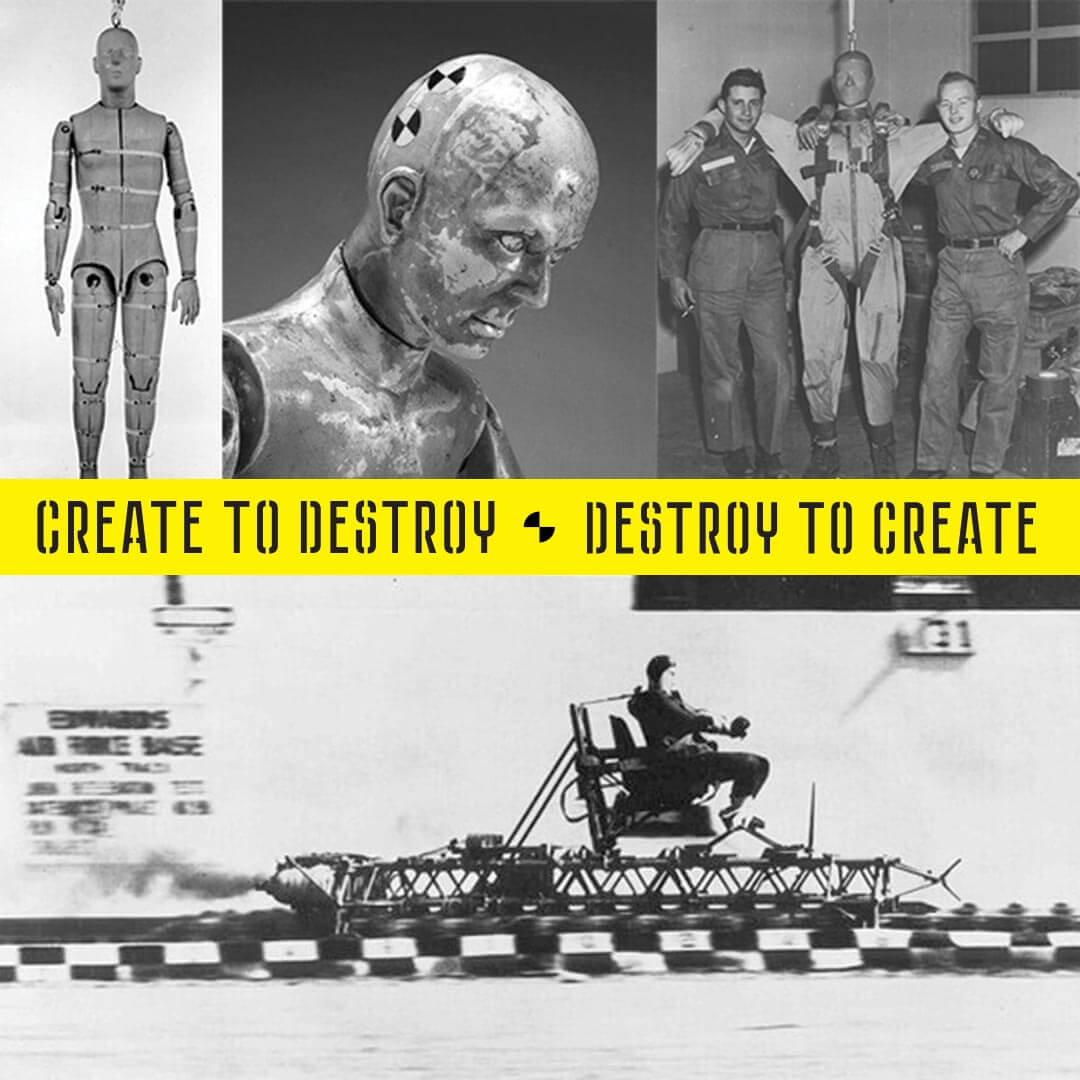 One such project was the Sierra Sam, established in 49 of the last century. It was a dummy for testing aircraft catapults, he was created to destroy, recreating the damage in emergency situations. Repeated destruction of Sierra Sam has saved more than one life. It was he who became the prototype of car crash test dummies, which tests have saved and continue to save millions of lives every day.

We dedicate our collaborations with artist Sasha SWAMP and hosiery brand St.FridaySocks to creation for destruction and destruction for the sake of creation, and the dummy Sierra Sam. 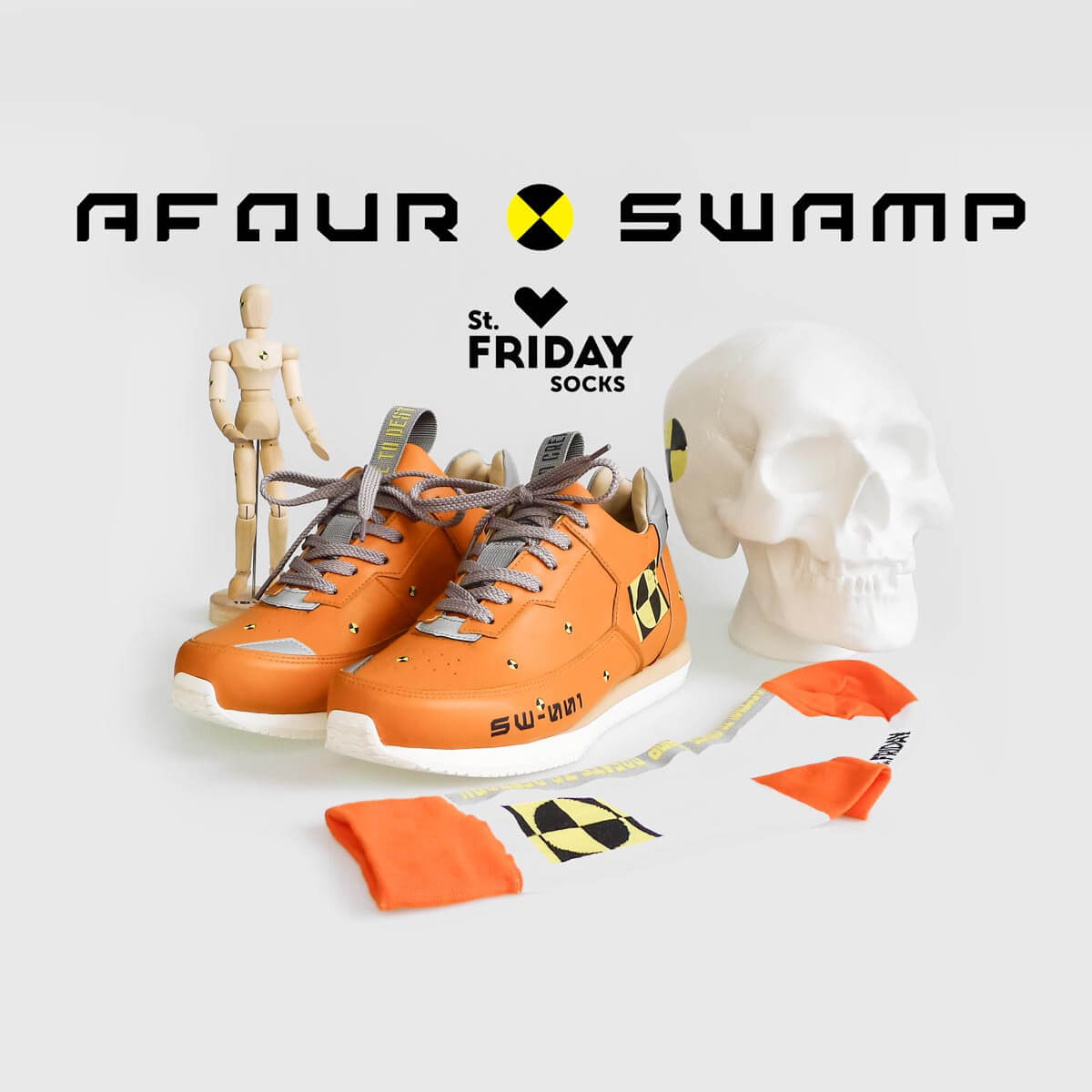 It is based on a model Shadow running shoes. They are made from matt orange leather as orange color appears better in the pictures of high-speed cameras and does not create glare. Casing shoes studded with black and yellow markers that allow to see the extent of deformation of body panels to each other after the impact.

Also, there are reflective elements to make you more visible in the dark. The tongue for the convenience of putting on, sling reinforced with prints "CREATE TO DESTROY" and "DESTROY TO CREATE". On the heel also marked the birthday of Sierra Sam. Designers St.Friday Socks created socks to match shoes, where the inner black and yellow label is located directly on the ankle, one of the most sensitive points of the foot, finally collects the image of the concept.

The presentation will take place within the framework of Royal Auto Show June 9, which will be held in the CEC "Expoforum".

By continuing to use our site, you consent to the processing of your cookies.  We use cookies in order to receive statistics that help show you the most interesting and profitable offers.  You can disable cookies in your browser settings.